You are here: Home · Our Club · Awards and Bursaries

New Westminster Soccer Club’s mission is to promote, support, and deliver quality youth soccer programs where everyone builds positive character through participation in a fun environment leading to the development of physical skills and a lifelong enjoyment of the beautiful game.

NWSC bursaries are awarded at our Awards night each year.  Applications are due by February 20th each year.  The John Witt Memorial Bursary and the Anne Monk Memorial Bursary will be awarded to those individuals who have a passion and commitment for soccer and who also demonstrate good citizenship.

Who Were Anne Monk & John Witt?

Each year, New Westminster Soccer Club awards bursaries to deserving graduates who, amongst other criteria, have demonstrated a dedication to soccer in New Westminster like the two people for whom the bursaries are awarded on behalf of. While other factors are considered, dedication to soccer is the key, just as it was for John Witt and Anne Monk. 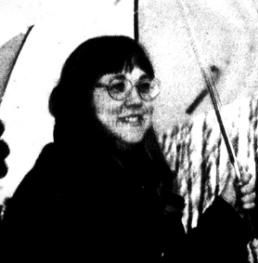 There is a very unique period in the history of the New Westminster Soccer Club. In the mid to late 1990s, NWSC was struggling with a membership of around 300 players and had a low profile in New Westminster’s rich sports scene. The club executive, while trying hard, was not well organized and there was disarray in the coaching ranks as well. That period is often referred to as: Before the Coming of Anne.

Anne wanted no part of the ugly internal politics, personal agendas, and executive members looking out for the interests of a few over the majority. Her two sons both played soccer. They weren’t stars. They just loved the game. She was the good soccer mom, attending all their games, but Anne Monk was never content to just stand on the sidelines. She had to get involved and was driven by a sense of dedication and fair-mindedness.

It didn’t take long for Anne to become club’s secretary. And soon after, she was president and introduced structure for meetings and for other parts of the club. Anne didn’t come in with big plans, just making sure the average kid was taken care of, given good coaching, good refereeing, and a safe place to play. She did that by introducing background checks done on all coaches and encouraged coaches to obtain various levels of certification. She made sure referees had proper training, and ensured they were shown the proper degree of respect by players, coaches, and parents. Those changes carry on within the club today.

She never shied away from tough jobs or confrontation, even when she broke up cliques of kids who had been playing together for years. She believed children should be exposed to new teammates, friends, and coaches.

Sadly, in 1999, at the age of 42, Anne succumbed to cancer. Even through her chemotherapy treatments, Anne focused on work and volunteering. Anne’s dedication to the soccer in New Westminster is the model that we hope the bursary applicants can use, not only in giving back to soccer in New Westminster, but in volunteerism in general and that is why we honour her with an annual bursary and tournament in her name.

John Witt was born in 1947 and grew up in a small town in Saskatchewan and was a sports enthusiast from an early age. After high school, John became an officer with the RCMP and served communities on the Queen Charlotte Islands and in Kitimat before returning to school where he graduated from UBC with a Bachelor of Applied Sciences, Mechanical Engineering in 1977.

In the 1980’s, John was a member of the Lion’s Gate Road Runners Club and competed in races such as the Jasper to Banff Relay and the Honolulu Marathon. Though running became a big part of John’s life, soccer was his passion.

In the 1990’s, John had a young family and through them, he became active in the New Westminster community sports scene (soccer, lacrosse, and hockey). Like many parents, he started out as a spectator but soon caught the coaching bug and in 1991, he began coaching his youngest son’s team. Not satisfied with being a parent who coached, John attained his Level 1, 2, and 3 certifications. Armed with training and a competitive drive that he passed along to all his players, John became a well liked and respected coach with Royal City.

With the same passion and energy, John discovered lacrosse and quickly became a fixture with the Minor Bellies. Aside from coaching, guiding a Pee Wee C team to a Provincial Bronze Medal, John also served as the President of the Association from 1992-1997, the Bellies Bowl tournament was started under his watch and the tourney now carries his name in honour of his dedication to New Westminster sports.

Sadly, while jogging in early 2001, John suffered a heart attack and passed away. Missed dearly by many in the soccer community (and in the New Westminster minor sporting community in general), NWSC set up an annual bursary in his honour. John believe that anything was possible and lived by the “never give up” motto. He put his all into soccer and we honour him and keep his name alive by awarding a bursary in his name to someone who also puts their all into the beautiful game.